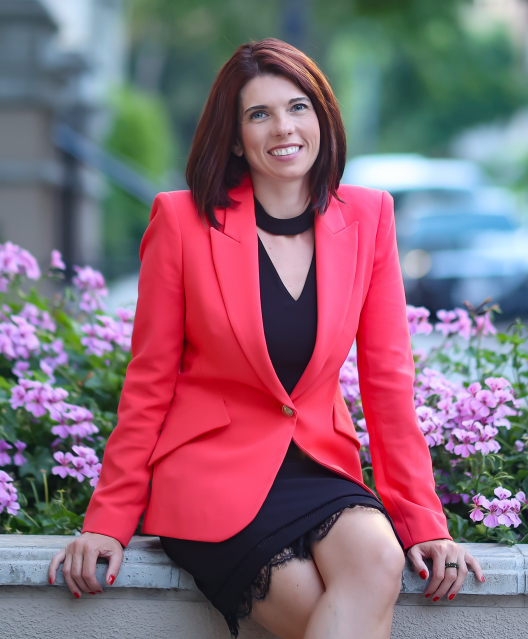 Maria Rogova, Esq. is the founder of the Law Office of Maria Rogova.  She currently represents clients in the majority of areas of family law in San Diego, California. Having been born and raised in Moscow, Ms. Rogova is also fluent in Russian.

Being a competitive chess player starting as a child of just 6 years old, Ms. Rogova developed her strategic thinking and competitive mindset very early in life.  Ms. Rogova has the mind of a chess player, who thinks multiple steps ahead. One of the major challenges Ms. Rogova faced while playing chess was playing blindfold chess.  Blindfold chess is when players have to play the game without a chessboard, keeping the entire game in your head and writing down every move each player makes during the game.  Everything in the field of law was a natural fit.

After the Soviet Union collapsed in 1991, Ms. Rogova continued to play chess for several years, but then decided to focus on her carrier in law. In 1998, Ms. Rogova was admitted to the University of Foreign Languages and in 2004 she graduated with a Juris’ Doctor Degree in Jurisprudence. After obtaining her law degree Ms. Rogova worked in different areas of law in Moscow.  Eventually, she decided to focus her practice on Arbitration and Contract Law fighting for her client’s rights at the Arbitration Court of the City of Moscow.

In 2007, Ms. Rogova graduated with a Master’s Degree in Economics from Plekhanov Russian University of Economics.

In 2011 Ms. Rogova made a tough decision and moved to the USA leaving her family, friends, and work achievements back in Moscow.  Ms. Rogova had several goals in her mind, but the major ones were to obtain her LL.M. degree, pass the California Bar Exam and start her own law practice in Southern California. All three major goals were successfully achieved.

Step by step, going through language schools, business marketing courses, internships in law firms in San Diego; in 2015, Ms. Rogova attended California Western School of Law in San Diego, California, and obtained her LL.M (Masters) degree in comparative law. After graduation, and while preparing to pass the California Bar Exam, Ms. Rogova was honored to work at one of the largest law firms in San Diego and learned all aspects of family law. Ms. Rogova was very grateful for the guidelines and practical applications she obtained while working with her knowledgeable colleagues, but her mind never stopped dreaming about opening her own business.

When she is not working, Ms. Rogova loves to spend her time with her boyfriend, his children, and her friends. She would love to spend more time with her family, but her parents, brother, and nephews live in Moscow, she does her best to go to Moscow every year.

Ms. Rogova is passionate about challenging herself and achieving her goals. Ms. Rogova’s recent achievements:

Ms. Rogova has many other personal and professional goals on her “To-Do List”, which will be added here upon their completion.

If you have any questions related to your current or future family law case, please schedule a 30-minute complimentary consultation with Ms. Rogova at maria@rogovalawfirm.com.